Flash point is the lowest temperature at which a liquid can form an ignitable mixture in air near the surface of the liquid, when given an ignition source. The lower the flash point, the easier it is to ignite the material. The flash point tells the critical temperature at and above which suitable precautions are required to be taken to eliminate the danger of fire during heating.

To measure the bitumen flash point, different devices can be used, according to the required standard. The flash point has been commonly determined by the open cup or closed cup method: 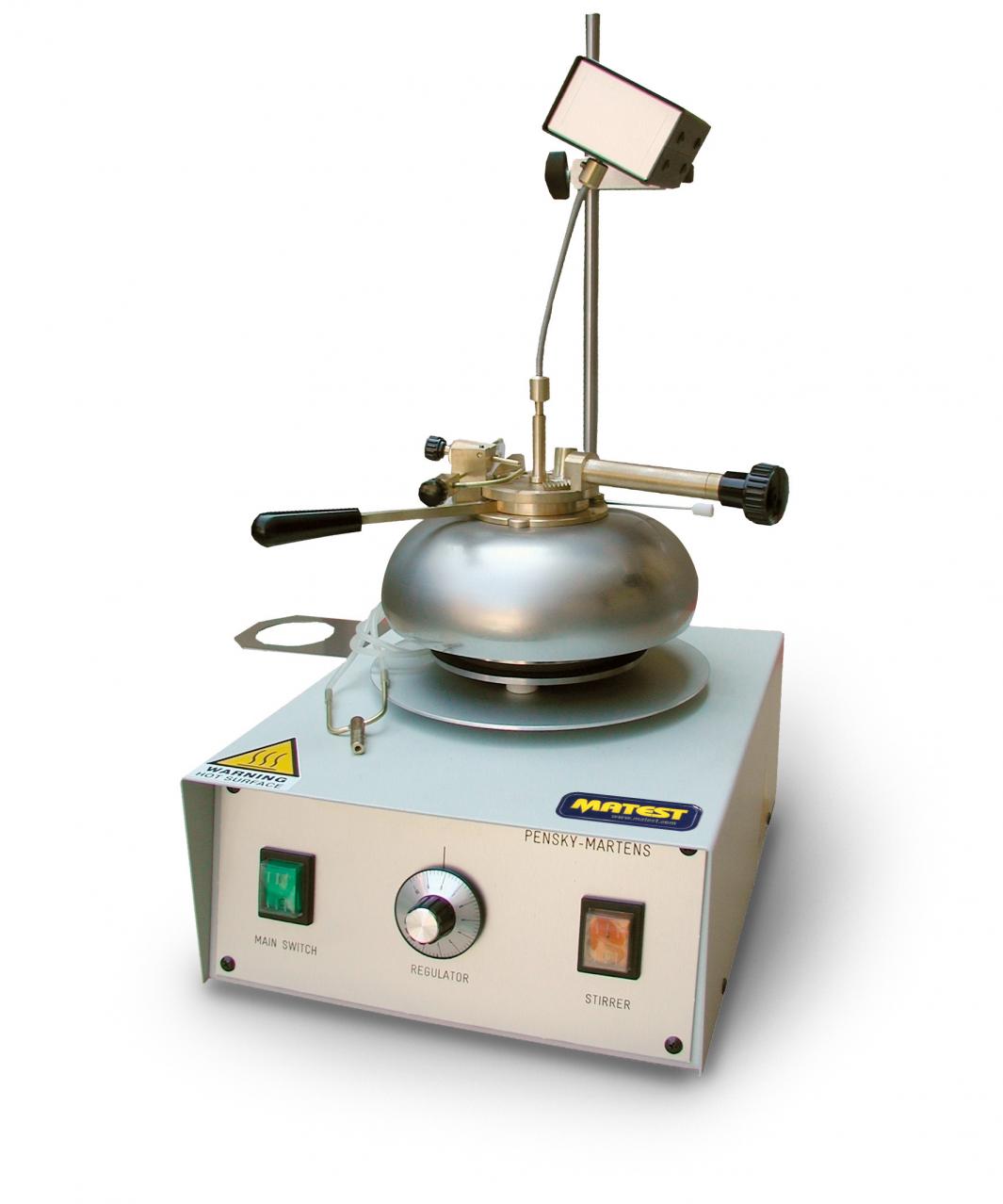